… to laugh, loves to give jokes, is very expressive, genuine, has a great personality, and treats everyone he comes into contact with like family. But behind his smiles and polite conversations, is a past filled with pain, depression, financial hardships, loss and adversities that would’ve broken a lesser human being. However, these adversities that broke him, have also built him, and inspired him to always maintain a constancy of purpose, which has become his life’s motto.

Lincoln was born in Blackness, located in Burnt Savannah, Westmoreland. He comes from a large family, and was the eighth child of nine siblings. From humble beginnings, he knew that there had to be a better way. He wanted to be able to achieve more and make a better life for himself. That opportunity came when his older brother, who became his role model, began to attend St. Elizabeth Technical High School (STETHS), and excelled in school. It was no wonder that after graduating from Mount Grace All-Age School, seeing his brother’s
success, and hearing about the reputation that STETHS had in academics and sports, he was eager to pack his bags. In 1974, Lincoln headed to the one place that provided hope, a bright future, and a sense of purpose. He wanted to become a true Stethsonian.

At STETHS, Lincoln became a cricketer and played on the school team for two years. In 1979, the team won the Headley Cup for the first time. This brought him to the realization that he could make any dream come true. He smiled as he remembered also, that he was never beaten in long jump from first to fourth form, because he was a competitive and hard-to-beat athlete. He also competed in triple jump at the Western Athletics Championships, and excelled in that as well. Lincoln was focused and wanted to do well not only in sports, but also in academics. His decision to major in science, which would lead him into pursuing medicine, became the ultimate goal. For Lincoln, this meant that he could create a lifelong career in helping people from all walks of life. But his true passion for medicine also came with a deep sorrow and a pain that was unbearable. He remembers this experience as if it had happened the day before.
“ I lost both parents in 1969-1970, when I was 9 years old. My father died first in December, and three months later, my mother died in March of 1970. My mother died in my arms as a nine year old child. That had a great impact on me and so I felt that if I could have helped her, if I had the power or the training to help her, it could’ve made a difference. She had a massive brain hemorrhage at the age of 40. To know that my father had just died and now 3 months later my mother died, leaving nine children in a little two bedroom board house, this was hard to understand.”

Lincoln grew up in a depressed, poverty-stricken and crime-plagued area. With both parents gone and all he had were his eight other siblings to depend on, things became even more difficult. He and his siblings had to find some solutions quickly. They had to grow up fast. As “With my mother dying right in my arms, I could never forget that moment. That’s what influenced me to go and do the sciences – to do medicine.” Lincoln recalls those hard times in a way only a Jamaican could truly understand, “Mi used to tell people seh wi didn’t grow up, wi drag up.” Seeing the situation in which he lived , STETHS became a more positive opportunity to look forward to. After all, he was now living in a house with conveniences and sleeping on a comfortable bed. As Lincoln expressed, “You have a bathroom inside, a toilet inside, so you come here and you are like this is a better way of life, compared to where I’m from, so you basically want to move ahead.”

Coming to St. Elizabeth was indeed a better way of life for Lincoln and he was extremely grateful to persons like Mr. Linton and Ms. Samuda, who were instrumental in offering encouragement and care during those difficult emotional times. The early realization that this was a way out, meant that he kept on striving, moving forward and doing extremely well in school. It was no wonder when Lincoln was the only one to achieve a distinction in Engineering Science after taking the course for only four months prior to graduating in 1978. In 1979 he returned to STETHS to complete A-levels. He then went on to the University of the West Indies (UWI), but due to financial hardships, he had to pause his dream of completing the courses he was taking. The constancy of purpose that drove him, however, came to the fore in 1980, when he became the recipient of an Indian Government Cultural Scholarship; all expenses paid to pursue medicine at King George’s Medical University. Lincoln completed his internship between 1986 and 1988; he also did a surgical residency course during that time, but worked at the Mandeville Hospital from 1986 to 1990. He saw himself as a General Practitioner, working at the community level, and decided to venture out and open up his own private practice in 1990.

Today, Lincoln Little is a role model in the Santa Cruz and nearby communities. He is the father of three sons and a daughter. He loves to play golf and dominoes and loves being entertained. What most people don’t know is that he is also very shy, but uses humour to conceal his shyness. As a professional, he knows that he has a responsibility to himself, his family, and the community. Even though he came from humble and poor beginnings, he continues to set an example for all who know him or interact with him. He reminds every student at
STETHS , friends and family and even his patients that consult with him that, “no matter where you are in life today, that’s not important. What is important is what lies ahead.” Lincoln Little is a living witness to that truth and still maintains that, “the constancy of purpose is the key to success. 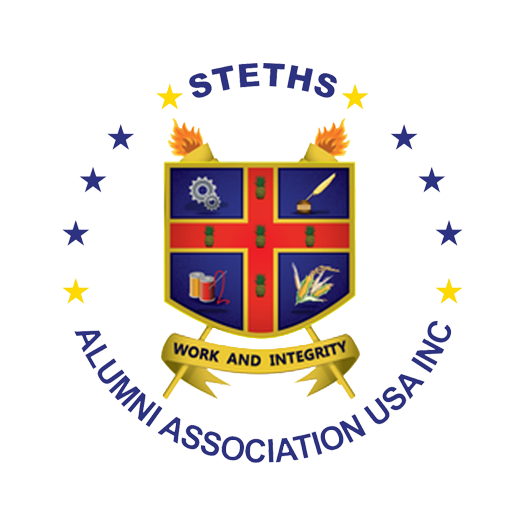